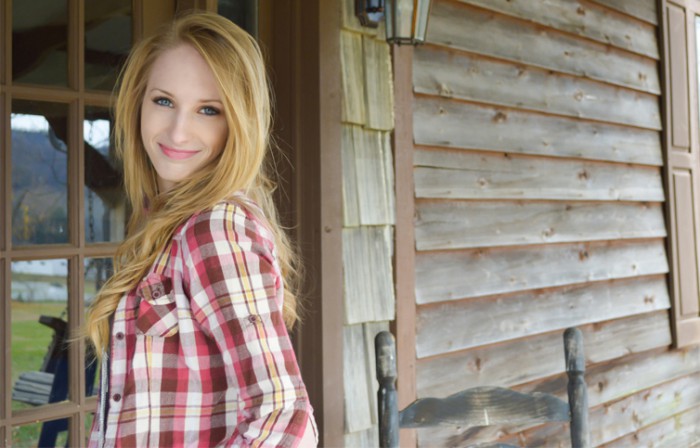 Belmont University graduate Melanie Meriney is destined to change the way the world perceives female country singers and she knows it. Exceptionally driven and talented, Melanie has already written, fundraised, and recorded her debut country-pop 6-song EP: “All the Good Songs” with Grammy-award winning producer Mike Puwal and Phil Ricciardi as well as an entourage of well-seasoned, talented musicians who have worked with the likes of Carrie Underwood, Reba McEntire, Phil Vassar, and Faith Hill. Born and raised in Pittsburgh Pennsylvania, Melanie grew up playing ice hockey, reading novels, and writing songs. Although always Nashville-bound, it wasn’t until her junior year of high school that she decided to apply to Belmont University as a Songwriting major. After graduating high school, she moved to Nashville to pursue her dream of being a successful country artist. With influences like Stevie Nicks and Miranda Lambert, Melanie’s music is country with a taste of pop, a hint of rock, and a whole lot of honesty. At just 23, Melanie is wise beyond her years when it comes to writing her music. Her honest, emotionally gripping lyrics have captured the hearts of her listeners. “My writing is a mixture of personal experience and stories I hear. I try to be as true as possible to my own life while still writing something relatable to a greater audience,” Melanie says. Since she has been living in Nashville, she has teamed up with both new and experienced writers, co-writing and playing out constantly. In the Fall of 2011, after successfully raising funds for her Kickstarter project, she recorded “All the Good Songs,” her debut EP. She co-wrote the title track and lead single, “All the Good Songs” with her best friend and roommate Stephanie Carvalho. In the Spring of 2012, Melanie was invited to play a live set on the Billy Block Show, after she had been featured for 4 consecutive weeks with both showcased tracks off her EP and live interviews/performances on WSIX’s Locals Only radio show. The reception to her music was so great that he invited her to play live the following month, opening for Rick Vito of Fleetwood Mac. In the Fall of 2013, Melanie was nominated for a Nashville Independent Music Award (NIMA) for Best Female Country Artist. Melanie continues to pursue her dream of becoming a professional singer and songwriter. With her passion, talent, and loveable personality, she is sure to be one of country music’s darlings in no time.