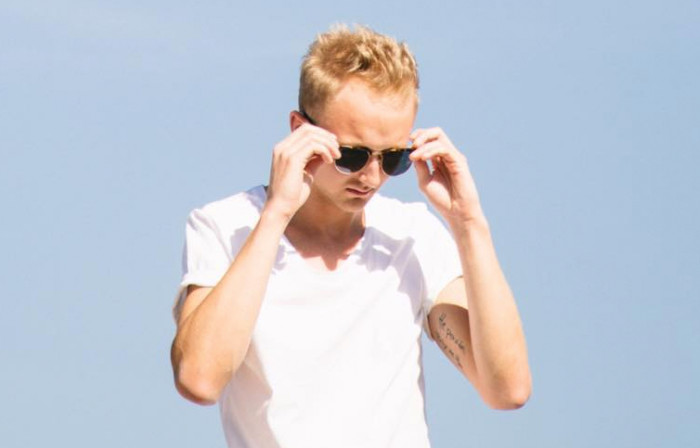 MY RED + BLUE is the refined and refreshing pop/rock project of 23-year-old Milwaukee-to-Nashville transplant, Ben Eggebrecht. Following the release of his debut EP ‘The Start’, Ben and his band spent the better part of last year sharing the stage with acts such as Parachute, Matt Wertz, and the chart-topping duo A Great Big World. In March 2014, ‘The Start’ debuted on Noisetrade.com as the #2 most downloaded album overall, and as the #1 most downloaded pop album. It began almost four years ago when I realized how badly I needed an outlet for the higher energy songs I was writing. I’ve been pouring into this project ever since, Ben states. “People inspire my music. Everyday conversations. Observing the scenes that occur around me on a daily basis.” Influenced by both the sounds of the West Coast and the Tennessee hills, MY RED + BLUE takes listeners through a colorful palette of youth, nostalgia, and summertime, while unearthing the memories that have made us who we are. MY RED + BLUE says what we sometimes don’t know how to say, helping us remember what’s been lost, and giving us hope for what’s to come. Ben is currently working on a new MY RED + BLUE project in Nashville, TN. The release date has yet to be announced.