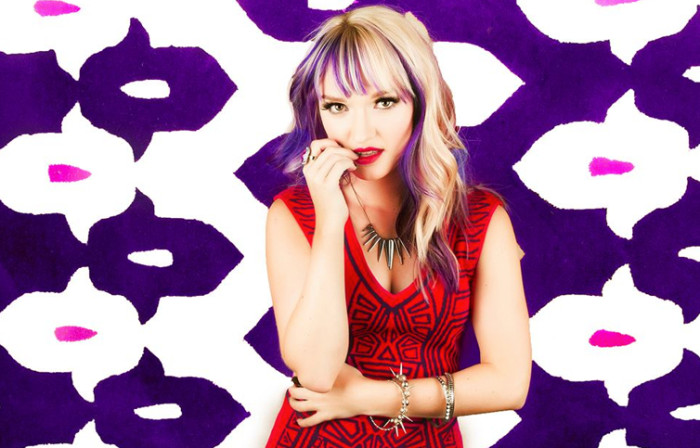 In today’s generation of music fans, it often takes more than just a good singing voice to command a crowd. It takes heart filled performances, desire and memorable songs. Up and coming pop sensation, Heather Cole, has a fire in her heart that she’s ready to set on the world. Inspired by the likes of Karmin, Justin Timberlake, and Kimbra, Heather Cole’s music portrays a new wave of pop that could be described as edgy yet fun. Her voice carries a punch with her effortless high notes and a softer more vulnerable side with her velvety lower register. Combining catchy pop-hooks with relatable lyrics, the Northwest grown Alaska Native wants to produce music that not only moves listeners to their feet, but also speaks to them on a personal level. Heather Cole discovered her love of music at the young age of three years old. The sassy pop singer got her start singing in church with her big sister, Rachele Lynae. As a duo, they participated in the GMA Music in the Rockies where they were named Vocal Group of the Year in 2006. Heather Cole followed her dreams of becoming a solo artist to Nashville, Tennessee where she studied Music at Belmont University. During her time at Belmont, Heather met many talented musicians and producers who shared her love of pop music. She began writing music, and recording songs of her own. When she is not writing or recording, Heather sings back up for her sister and rising Country Singer, Rachele Lynae. Together, they opened up for the likes of, Jana Kramer, Wynonna, Craig Morgan, Randy Houser, and Jamie O’Neal. Currently, Heather Cole is working on her very first solo EP. She is extremely hands on in the writing and recording process, as she wants to make a product that speaks to her listeners. “I love making music with a good beat, catchy hooks, and lyrics that people can relate to,” says Heather, “I write about life from a strong self-respecting perspective. I write about things that I feel or things that have happened to me or to the people around me, and I love being able to connect through music.”