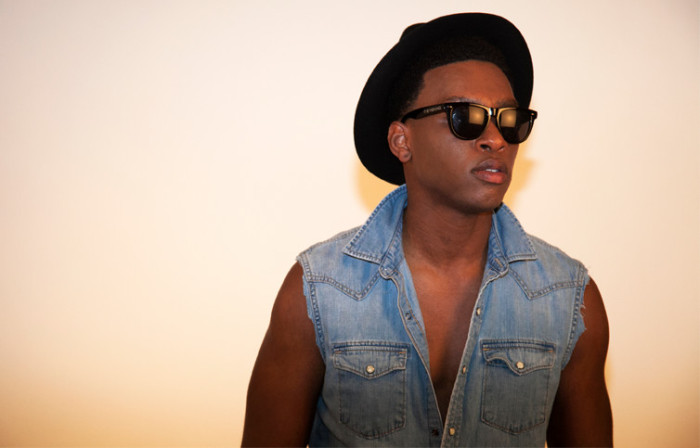 Webster’s Dictionary defines a super-star as one that is very prominent or is a prime attraction. That being said, the musical talent of Eli Purks has him slated to become the next super star to dominate the world of pop music. There are certain artists you meet who immediately lure you in with their contagious energy and talent. Their zeal for music and performance is refreshing, and their genuine dedication and discipline to a creative craft is something you know will mark them with a career of longevity. At just 20 years old, the blooming pop artist always knew that his future held something different…something special. Currently residing in San Antonio, Purks was raised under the influence of a supportive family who always encouraged his creative path to a career in music and performance. Music filled the Purks’ household on a daily basis, to the likes of Al Green, Parliament Funkadelic, Mariah Carey, Diana Ross, Marvin Gaye and Stevie Wonder. Purks’ determination and drive to become not just a star, but a super-star began with the onset of witnessing the success of pop stars who are larger than life. Backstreet Boys, Britney Spears, Justin Timberlake, Madonna, Beyoncé, Michael Jackson and Nsync all have played a role in his preparation for a career that is already taking off at rapid speed. His writing skills have flourished through the ongoing creation of poems and stories. He recently finished recording in New York, dubbing it as an amazing experience. His demos are currently being mixed and mastered, and the near future will include more studio time. Eli admits becoming lost in the music and feeding off the reactions from the audience. He is driven by the whirlwind of performing, and as he begins to gain national recognition for his work, Eli plans to adopt a multi-city tour that will assist in building a strong fan base, as well as a supportive management team. His ability to adapt as a writer, singer and performer makes Purks a trifecta of an artist, something the current cookie-cutter industry is lacking. Also impressive is his creative vision for the future, which reaches outside of performance and includes fashion, endorsements, movies, TV and eventually, world domination! Slated to become a world-renowned talent, Eli Purks is surely one artist to keep an eye on, as this young talent will only increase in momentum as he continues to take the entertainment industry by storm.

Sell music on itunes at ReverbNation.com