Hana is an electro-pop singer songwriter from south Wales, her influences are Sia, St Vincent, Bright Light Bright Light and Imogen Heap. Hana has been already played on BBC Introducing, BBC Radio1, BBC Radio2, BBC 6Music, Amazing Radio (Artist of the week), Nation Radio, GTFM and BBC Radio Cymru (Artist of the week). Her songs display teenage life in all its complexity, embracing the hopes and challenges of growing up in this world where finding yourself and knowing your true identity gets harder ever day. Hana lives in Penarth a lovely seaside resort in South Wales. 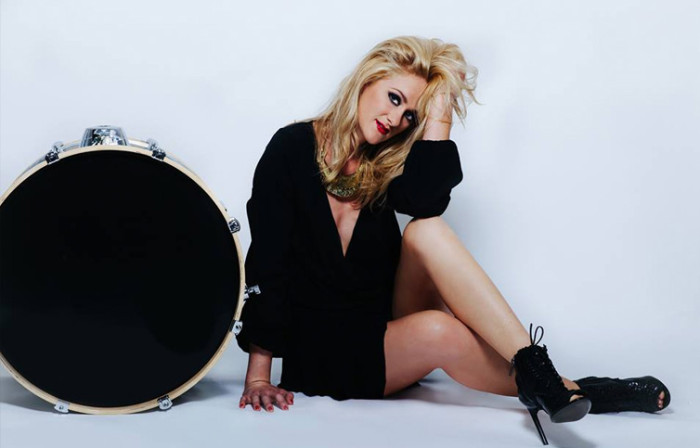 Kelly Blonde is an up and coming songstress from Campbell, CA. She began singing at 3 years old, sitting in with her mom & dad’s wedding band. After high school she moved to Los Angeles to further pursue her passion by studying at the L.A. Music Academy. Immediately after graduating she was hired as a background vocalist for Columbia Records artist, Coheed And Cambria. After touring the world and playing some of the worlds most prominent venues and festivals (Madison Square Garden, Rock & Roll Hall of Fame, Bamboozle Festival), she moved to Hollywood to record her own material. One of her most exciting shows was opening for her long-time idols, Hanson at the Anaheim House of Blues. Her sound is a fun, poppy mix of her influences including Grace Potter & The Nocturnals, Carrie Underwood, and Fleetwood Mac.

Kelly on what she wants to accomplish: “I want to resonate with anyone who has grown up feeling unworthy. The girls who got made fun of by asshole boys in school. The girls who were never the “pretty” ones or got all the attention growing up. The ones that were bullied and got their hearts broken before their hearts were even fully formed. I grew up feeling like an ugly duckling. The only time I didn’t feel invisible is when I was singing. I’ve struggled with self esteem issues my whole life and the thing that has gotten me through is looking up to strong female artists like Gwen Stefani and Pat Benatar. Artists that have pulled through all the bullshit and told the boys, the critics, the naysayers to eff off. I want to do for other people what my idols did for me, which is to write songs that show both vulnerability and strength. Songs that will pull someone through that one night when they’re hurting so badly that they don’t think they’re gonna make it. Those songs have literally saved my life so I just hope I can pay that forward someday.” 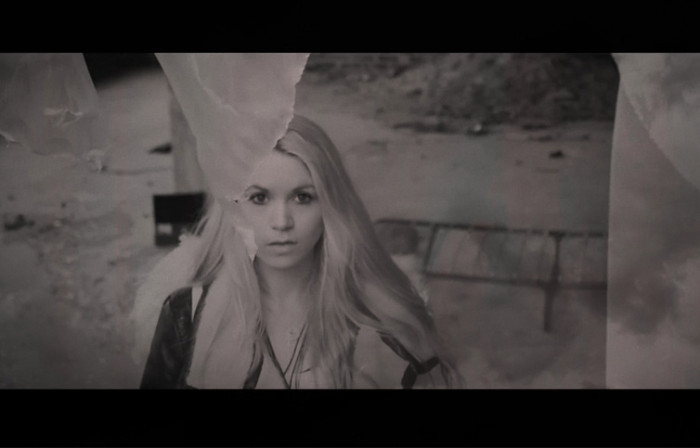 Lyel is a new Helsinki based indie-pop artist from Germany. Her debut single Waterproof was released 3.4.2015. After several band projects, she decided in 2014 to release solo-debut. More to expect this summer – stay tuned. 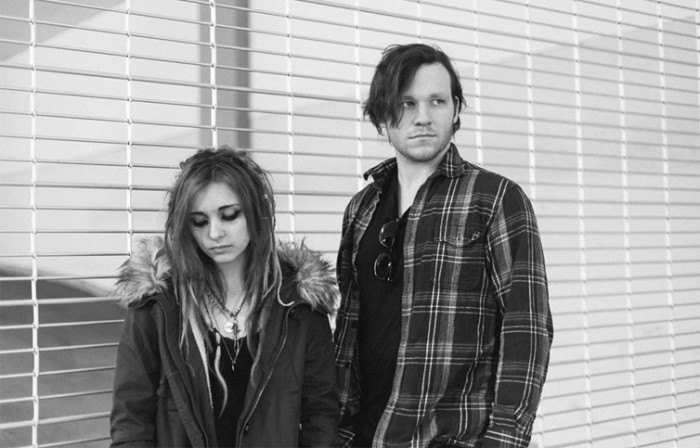 We’re proud to premiere the debut single of indie/folk duo, Fenland. Here’s the lyric video for “Alone With Me”. 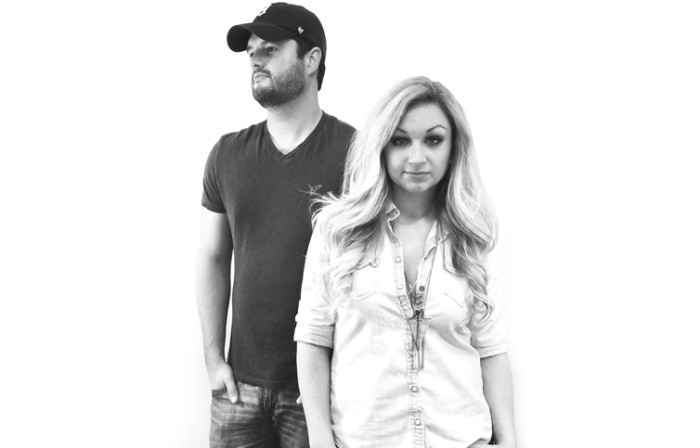 Haven Drive is made up of Ry Nelson and Nikki Boon. Both Grand Rapids, MI natives who reunited in Nashville, TN to create a fresh and energetic country sound. They began writing together as a side project but quickly realized this would turn into something bigger. Guided by producer Jeff Braun, Haven Drive ignored convention and created an EP that would intrigue the masses. They have had the opportunity to open for Jarrod Niemann, Love and Theft and Lee Brice among many others. Their debut EP, released February 2015, is filled with crafty lyrics, anthemic hooks and captivating performances. Haven Drive’s influences include John Mayer, Mat Kearney, Lady Antebellum and Keith Urban.

Metro Detroit. 2004. A basement with a drum set and a P.A. A band of loud ideas and louder aspirations. From the most humble of beginnings, the core of Filmspeed had a plan to make sounds that truly moved people. Born of a brotherhood and passion for great music. Over the last 10 years, Filmspeed has survived the roller coaster that is the record business. From the biggest festival stages to the smallest VFW halls. From Orange County residencies to sleeping in parking lots. They live for a live crowd, and the sound is a direct reflection. It’s this unique consideration that puts soul in to every second of every song. 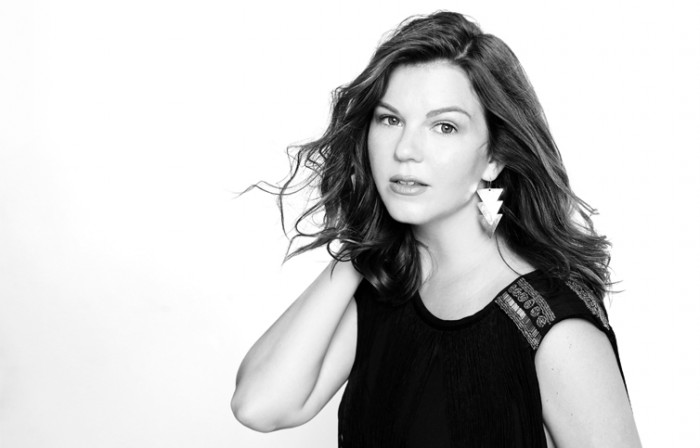 Jessica’s most recent release, her third album “III”, is receiving critical acclaim. Huffington Post loved the album enough to do a feature on Jessica and the album has been reviewed by American Songwriter Magazine as well as many other press outlets. Cason Cooley has been on board from the beginning as Jessica’s producer and has had a hand in every project she’s released so far. In addition to having other artist record her songs, most recently The Blind Boys of Alabama. Jessica has also had songs featured on TV shows including CW’s Hart of Dixie, ABC’s Ugly Betty, and various CMT/VH1 shows. 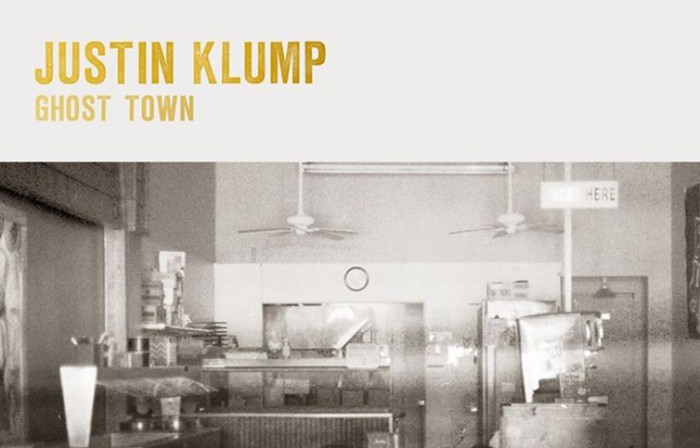 One of our favorites, Justin Klump, released a new single that we love! Check out Ghost Town. 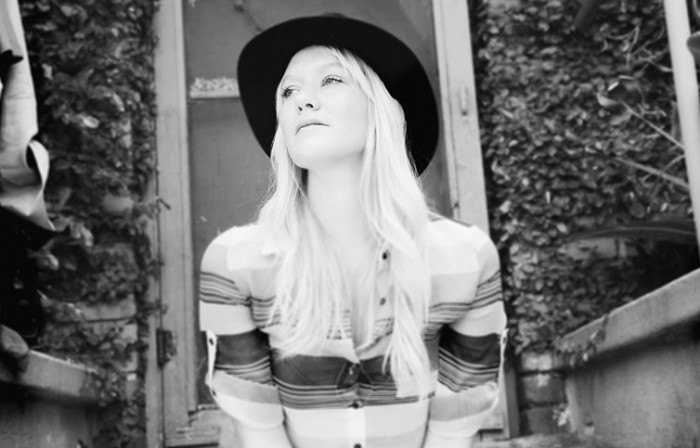 A “poet and a prophetess” (Leslie Odom, Jr, Smashed), a “revelation” (Yvette Nicole Brown, Community an “obviously talented” (Chris Douridas, KCRW) singer, songwriter, and musician, indeed; but above all, Katie Boeck is a communicator. With vocals and melodies that provoke comparison to Alison Krauss, Joni Mitchell, and Dolly Parton, Katie has carved out a her own unique brand of soulful confessional, folk that has begun to be recognized across many mediums.

As a graduate of UCLA’s Theater, Film and Television program, Katie has created a niche as the guitar-strumming actress of Los Angeles. From appearances in Deaf West’s critically acclaimed remounting of Duncan Sheik’s smash musical Spring Awakening to her major TV moment performing “Ave Maria” in HBO’s hit series The Newsroom, Katie is connecting with a diverse audience and utilizing her gift of storytelling whether it be through her interpretation of others’ works, or with her own catalogue of songs.

After following in the footsteps of fellow Bruins Sara Bareilles and Adam Levine, winning UCLA’s widely known campus talent competition Spring Sing for a record-breaking 3 years in a row, Katie dove into the world of independent artistry, playing her songs in a variety of venues, listening rooms and theaters across the country. From Hotel Café to Rockwood Music Hall, Katie has come a long way from her roots in rural Montana. However, it was her 6 month journey performing throughout India, an experience complete with Eat, Pray, Love-esque inspiration, that resulted in a 6 song, Kickstarter funded EP entitled “Speaking of You” that elegantly chronicles her early 20’s, addressing the notions of attachment and uncertainty as it relates to romantic and familial love. Live tracked with her 4 piece band, the players are precise and yet sensitive. The songs themselves are ruminative, musing, pensive and fundamentally intelligent. Katie’s vocals are ethereal and yet also adroit, with harmonies that are tastefully offered allowing everything to mesh tightly, but not statically. While her EP is an impressive debut, its live on stage where Katie’s true spirit as a natural-born performer can be witnessed. A beautiful and transparent singer/songwriter with “awesome talent and a captivating stage presence–[Katie Boeck’s] live performance is as impressive as any we’ve seen around the LA music scene.”–Blue House Records 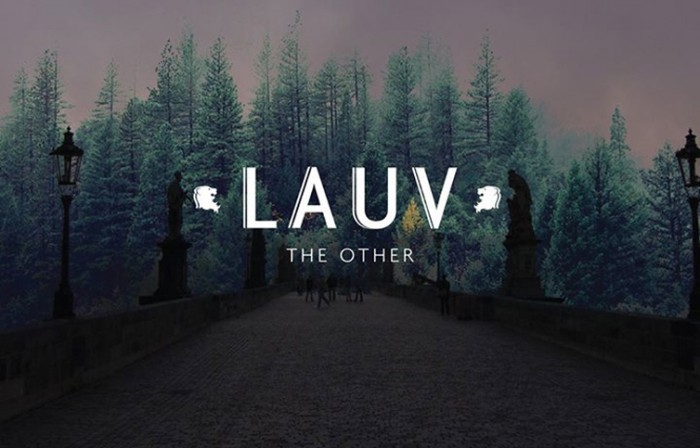 It’s rare to find a song so mesmerizing from the very first line. It has the fluidity of a classic r&b song and the ambient, enchanting vocals give it a modern sound reflective of today’s greatest pop. NYC-based artist Lauv brings his own fresh sound with “The Other” and is bound to please listeners everywhere.