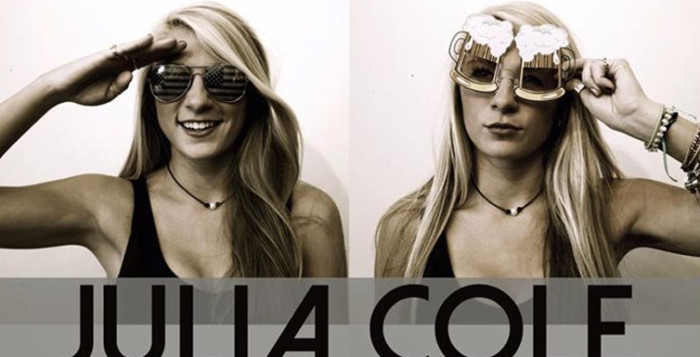 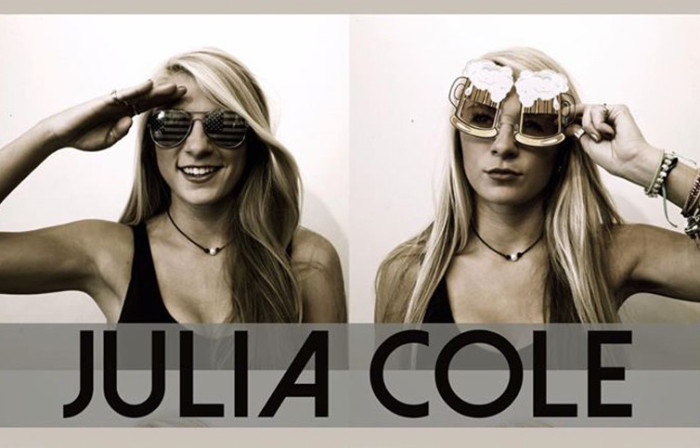 For those who aren’t familiar with you, tell us a little bit about yourself!
What’s up?! I’m a recording artist living in Nashville, TN, but was born and raised in Houston, TX. I specialize in my original genres of Island Pop Grass, Rhythm & Boons Farm, Country-Trap, Country-Shuffle-Trap, ECM (Electronic Country Music), Hick-Hop, and Hip-Hop Pop-Grass 😉 I like to BUMP.

How did you get started in music?
SPORTS! Weird, I know. I began singing National Anthems for my high school volleyball and basketball teams after my teammates and coaches heard me singing along to the radio in the locker rooms or on bus rides. Word spread in Houston and before I knew it, I was singing our nation’s song in front of a sold-out, season ending Texans crowd of 75,000 people. I started singing for the Astros, Dynamo, NASA, and even more. Luckily, I had already been writing poems, books, and songs for fun, and have been playing piano since age eight. Thus, everything started pointing towards one place: Nashville. I decided to attend Vanderbilt University, which helped convince my parents that moving to Nash-VEGAS and chasing my dream was a little less terrifying than it appeared.

You have a diverse set of influences – describe your music and tell us about some of those influences.
I’m a Texas girl living in Nashville…I think the country influence is self-explanatory. However, my start as a pianist with an inexplicable amount of SOUL in my voice, on-top of growing up in Houston’s Urban music scene, left me with the urge to experiment and mash-up all of my favorite elements in every genre. I have FOMO when it comes to music. I want to do it all:)

What is your favorite thing about Nashville?
Nashville is my home away from home. The people on my team aren’t just my co-workers. I love them like family. Nashville has a welcoming atmosphere unlike any other. AND VANDY<3

Who is one artist you would love to tour with?
I think Sam Hunt would be incredible to tour with. We both like to break the genre boundaries. I think our shows would be INSANE together.

What is your current favorite song?
“Bottom of the River”- Delta Rae

What are your goals as an artist?
All I need to feel accomplished are people singing along to my songs at the top of their lungs. 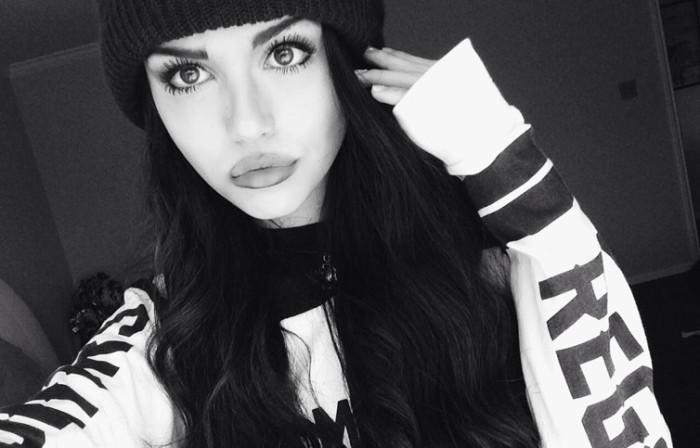 For those who aren’t familiar with you, tell us a little bit about yourself!
My name is Maggie Lindemann. I’m 16 years old, I live in Los Angeles, and I love to sing. And I have a dog named Moose 🙂

How did you first get started and interested in music?
My parents exposed me to a variety of music when I was young. We went to musicals and I loved them. Ever since I was little I’ve always loved to sing. I sang in school choir, I was in a musical, I was in my church choir. Stuff like that kept me wanting to do more. I also sang in a school talent show and loved being on stage in front of people, it was such a good feeling. Music is everything so I’m so grateful I get to be doing this.

How would you describe your music?
It’s kind of a dark pop/hip-hop. It’s music you can really relate to.

What can we expect from your upcoming single and EP?
It’s definitely not what people are expecting at all. It’s gonna be dope. I’ve been writing/recording/demoing for the last couple of months and there’s a lot of demos floating around behind the scenes. The studio is my second home right now and I’m excited to share what I’ve spent so much time creating.

What is your current favorite song?
White Crime by Lil Dicky

You have a significant social media following! How have you grown your fan base and what tips do you have for other artists trying to increase their social media following?
I started posting covers on my instagram because every once in a while I get a bit of free time in the studio. Instead of watching TV, or sitting on YouTube, I’d go into the live room with my producer and record a cover for my fans. At the end of the day I would not be here without them, so I want to make sure I’m always communicating and giving them something to enjoy. On top of that I’d say just be yourself. Don’t fake it. When people see someone being who they are and being confident, they attach themselves to it. People enjoy following confident, fun people.

What are your favorite things to do in your free time?
I honestly like to watch 90210 in the bath when I get bored. It’s so relaxing lol

What are your goals as an artist?
To get my music out there as much as I can right now and make something people will really enjoy.